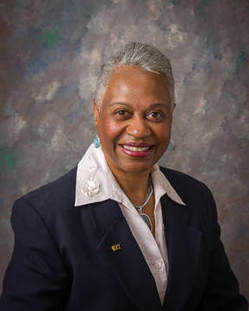 ​Regina Brent is a native of Chicago born and raised on the south side and a sibling of 16 children. She attended DuSable High School and has a degree in General Studies from the College of DuPage. She has one son who served in the US Navy for 14 years; two grandchildren, one of which attends Law School and the other a high school student.

Regina Brent is a 2014 retiree from the Illinois Attorney General's office. She served four Attorney Generals for 30 years as an Advocate and Supervisor for the Consumer Fraud Bureau; She had previously served for 14 years in various positions under the leadership of four Mayors of the City of Chicago. Regina have resided in DuPage County since the year 2000. She is a Committeewoman for the Naperville township and Founder & President of Unity Partnership, NFP.

“I can remember the first time I became an activist….it was June of 1971. I was 17 years old living in the Chicago Housing Authority project where the elevators continued to be inoperable due to lack of maintenance.  The elderly and pregnant women had to carry groceries up 16 flights of stairs in order to feed their families. The women who were the head of their households became fed up, turned our notebook paper into petitions and led us teenagers in a march straight to the office not far from our home, but to no avail. We figured out screeching wheels get the oil if you go to the corporate office. Most of them were hard working women without degrees but managed to coordinate a successful picket outside the Chicago Housing Authority’s downtown office in order to demand better services and we won.

Winning against all odds instilled an abundance of faith in me.  We had championed a system we felt was not only unjust but untouchable. However, we persevered until we were satisfied with the results and resolutions for all parties concerned because we realized change begins with ordinary people. Years later, I had no idea a vision would lead me to try and bring peace among law enforcement and the community.

After witnessing so many unfortunate incidents between police and civilians all across America, I’m proud to serve as president of an organization whose members are bridge builders that want to establish trust and relationships needed on both sides. We created this organization to eradicate the myths and stereotypes about one another. Also, Unity Partnership along with the police departments work diligently together to help us reach our goals and to fulfill our mission statement.  We want to elevate the morale and lessen the tension between law enforcement and our residents who live, serve and protect us in our community. We must all come together and work together right now.”